“He had a pretty dark season,” said Weiner of Don. “He was trying to be happy…I wanted to see him in that domestic world and to take that marriage seriously and that was something we were interested in. What was the second marriage like? Was he going to do it right this time? That said, you have to assume that he’s right where he was at that moment, which is deliberately ambiguous and a bit of a cliffhanger: a man who had really tried on this coat, and really tried to live the fantasy of that relationship being the right relationship. Megan is filled with joy, she’s future-[facing], and she accepts him as he is. She definitely loves him, but she had her own will and that seemed to be hard on him. That told me a lot about Don.”

“So where is he going from there? I don’t know. Is he going to try to repair that relationship? Is going to move on from it? I can’t tell you. I would love for people to just watch the last 10 minutes of Season 5 right before Season 6 starts. I think you’ll have a really incredible experience as we get there.” 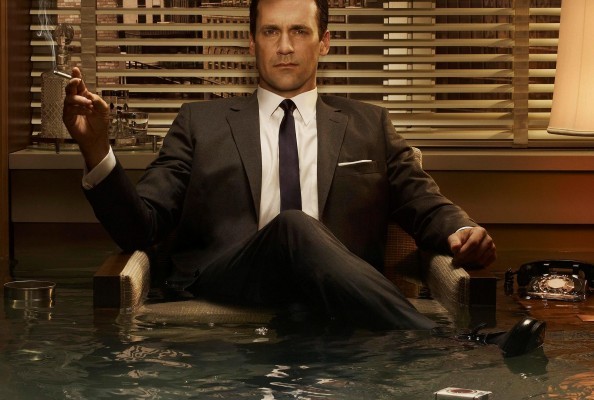