“In my comic, our civilization is long gone. Every civilization with written records has existed for less than 5,000 years; it seems optimistic to hope that the current one will last for 10,000 more,” Munroe told WIRED. “And as astronomer Fred Hoyle has pointed out, since we’ve stripped away the easily-accessed fossil fuels, whatever civilization comes along next won’t be able to jump-start an industrial revolution the way we did.”

The comic also teeters on the cusp of another ancient (but potentially futuristic) occurrence: the moment when the ocean flooded back into the basin and refilled the Mediterranean Sea, a catastrophic event known as the Zanclean flood. Munroe described the deluge as “100,000 times the size of Niagara Falls. It’s only hinted at in the comic, but for geology geeks out there, the trigger was probably an expanded El Arraiche ‘mud volcano’ outflow. Humans most likely helped it along–a Gibraltar Dam is a project that would appeal to engineers anywhere.”

Geographically, the comic takes place in the part of the basin between Africa and Europe, so Munroe researched and illustrated very specific plants and wildlife to offer readers hints about the location. “I got suggestions from botanists and herpetologists, and I had a file with details on every species the characters encountered or talked about, like dwarf palms, juniper trees, horned vipers, and sand boas.”

“The Earth’s axis wobbles over the millennia, and some individual stars move visibly, so I used a few different pieces of astronomy software–with a lot of hand correction and tweaking–to render the future night sky,” said Munroe. He also consulted with astronomer and science blogger Phil Plait and learned that while most visible stars would still be around 11,000 years in the future, the red supergiant star Antares could go supernova and vanish from the starfield.

“When the Sun sets in the night sequence, one of the first things you see is the gap where Antares should be, which was the first clue that this is taking place in the far future,” said Munroe. “Later in the night–which lasted for several days of real time–more astronomical details let readers pin down the date more precisely.”

Even now, some mysteries remain. With the help of a linguist, Munroe invented a language and orthography (dubbed “Beanish” by readers) for one of the foreign cultures his characters encounter, which he wanted to be “as different from [English] as our language is from Linear A or Linear B,” the still undeciphered writing systems of ancient Crete. His abstruse approach worked; despite the efforts of “Time” superfans, no one has been able to decode the language, which Munroe finds fitting since “we haven’t cracked Linear A, either!”

Still, Munroe says that artifacts of the sprawling world he created in the space of a single panel might someday make their way into his other work: “Maybe I’ll find a way to sneak a bit more of the language into another xkcd comic.” 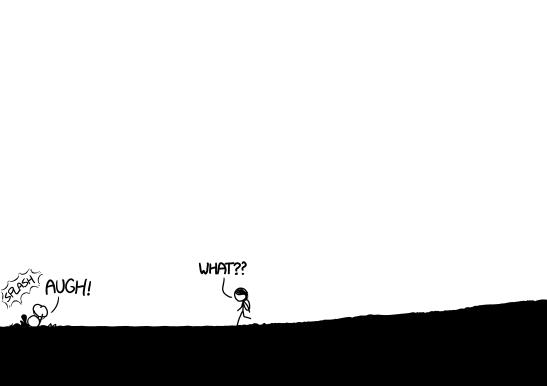 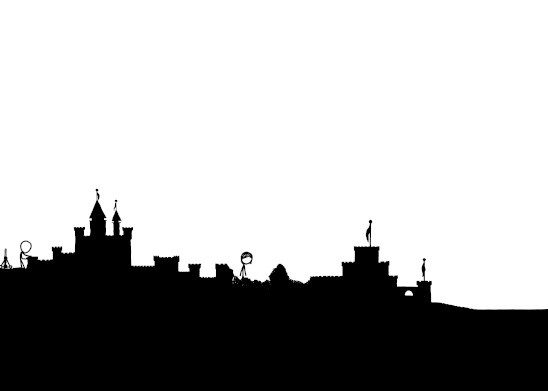